Posted on April 5, 2019May 15, 2021 by Bart Nollenberger
“Acknowledge Your Positive Past:
Because the brain more easily remembers
events that were accompanied by strong emotions,
most people underestimate and underappreciate
the number of successes they’ve had
in relation to the number of failures, they’ve had.
One of the ways to counteract this phenomenon
is to consciously focus on
and celebrate your successes.”
— Jack Canfield,
Principle 26 of The Success Principles

I love Jack Canfield’s book, The Success Principles. It contains 64 principles to success and all are short enough to read in a few minutes, come back any time, or just open the book where ever you might like and pull out a gem of wisdom.

This one is great because he says that we are trained in this pattern early with our parents and in grade school. A lot of people get upset if we don’t perform properly and punish us or yell at us to help guide us to do better, but what really happens is we become more emotionally involved in the failures and that makes it seem sometimes that we have more failure than success.

Jack says, “the sad truth is that we all have many more victories than failures–it’s just that we set the bar too high for what we call a success.” He goes on to talk about a participant in one of his programs who told that he left Iran to Germany where he learned the language and became an auto mechanic. Then he had the opportunity to come to America, learn English and was learning how to be a welder, but he thought he was not a success. Come to find out, his idea of success was a home in Beverly Hills and driving a luxury car! Yet, to many others, his life was an ongoing massive success.

Jack talks about creating a Victory Log, which can be a fancy leather-bound diary or a spiral notebook. It is just something that you record your successes or victories in regardless of the size of them to later show how many you have. Success needs to be reinforced.

He adds to display your success on a success wall and look at it often. Make it so that your successes, however minor they may seem to get the attention they deserve, or rather, you deserve to create in each of us a stronger and more risk-taking self-esteem. It’s not about bragging, it’s about putting things in perspective. We may as well let our successes lead the way. 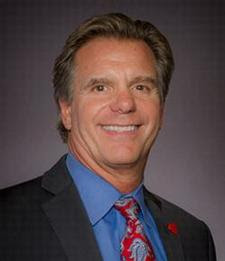